Tathaagat Vaidya, Karan Shah and Meet Gadhia came up with realising an experimental rock music instrumental trio with an idea to play new compositions every time they get on stage, and never repeat a perforance a playlist. The name “THE UP PHILOSOPHERS” was chosen because they would talk to their audiences during their performance, as there was never a vocalist. So the “Philosophers” part refers to the art of Talking, Conversing or Arguing. The “Up” part refers to gaining or acquiring more knowledge through the conversations and rising a step above each time. Gradually when the band had completely stopped performing, In June/July 2019 the band met the newest member of the band Milan, and decided to reunite and start producing music, and perform again. 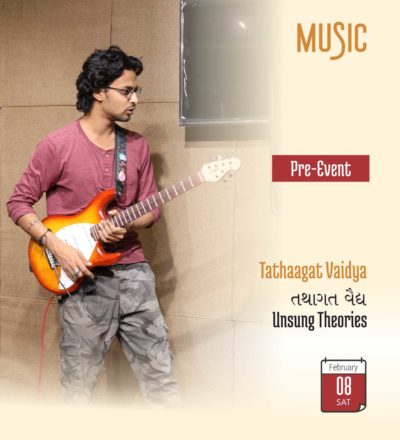