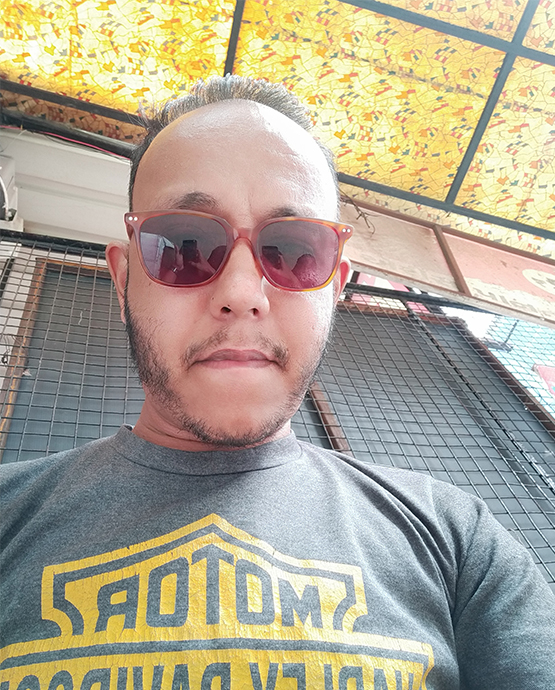 Roshan is an exceptional painter who received his Masters in Visual Arts in painting with a gold medal from M.S. University, Baroda. Some of his most famous works fall in the series titled ‘Ideal Boy’ which Ryan Holmberg, an art and comics historian, described as “Dada-inflicted parody of Indian consumerism”.

Roshan’s artworks capture the mundane conundrums of a middle class life, which he presumes as an aspirational whirlpool that an entire section is stuck, it does not allow anyone to escape, instead is forced to keep pace with the quickening revolutions of existence or get shattered. And for Abhivyakti, Roshan has on display some of his latest works that showcase this stratum of our society.